It’s time for another installment! I hope you are as excited about this as I am because I love doing this series. Now, I thought this would be perfect for Thanksgiving because at least for us, were the only gluten-free (GF) ones in the family, so having easy substitutes for the host to make (or for me to bring over) makes Thanksgiving that much easier.  I finally got all the ones I could find (even after searching on google). However, since there are so few options I will also include an easy recipe to make any homemade gravy GF and you can’t even tell it’s GF!

The taste test was performed by tasting a small amount of each gravy on a spoon and then also tasting the gravy on some mashed potatoes.

The only two brands I could find that had GF gravy were Pioneer and McCormick. Pioneer offers a brown gravy and country white. McCormick offers a brown gravy and a turkey one. We couldn’t come up with a ton of things to rank the gravies by so there are just 3 with first impressions/comments. Here are our rankings and first impressions from worst to best.

Does it taste gluten-free?: Yes

“Really not that good.”

“Tastes nutty, but not in a good way and gluten-free.”

“A little nutty, which is a bit offputting.”

“Really bland and a bit peppery, but that’s all that it has going for it.”

“Since it’s bland, I bet it would go well with some sausage for biscuits and gravy in a pinch.”

“Tastes kinds old, like it has been sitting on a shelf for too long. Is this expired?” (it was not expired). 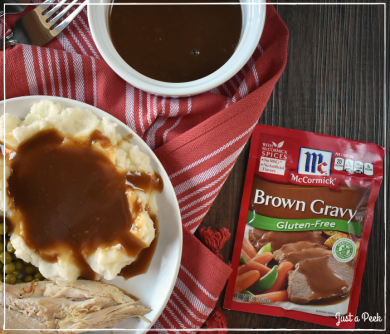 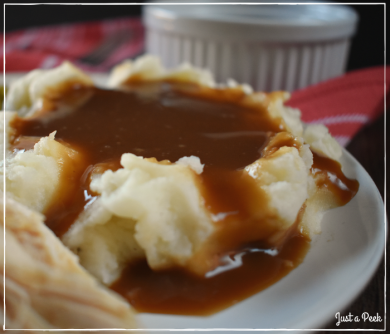 “I do not like this one, it has a really weird background flavor.”

“Tastes beefy in a cheap microwave dinner type of way, not good.”

“This tastes so sweet and like almond extract, what is that? Ugh, it’s really gross”

*Although this one was ranked higher than the country gravy (by a slim margin), we agreed that the weird flavor was too much to get over and that we couldn’t recommend it to anyone. However, since the country gravy is so bland it would make a good base to add things to, so take it how you will.* 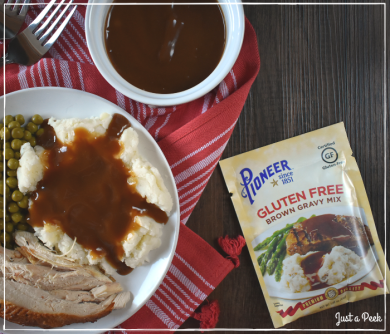 “Not a ton of flavor going on. Tastes like your standard run of the mill gravy.”

“This one also has a bit of that old taste, I wonder why.”

“Tastes a lot like turkey, would be great for Thanksgiving.”

“I like this one. It has a really good flavor for a packet.”

“Tastes seasoned like it has some spices and herbs. There’s a slight pepperiness. Best gravy packet I’ve had for sure!”

So, there you have it. The McCormick turkey gravy is the one to get for this year’s Thanksgiving feast! It seems that the extra spices and herbs added to the McCormick turkey gravy put it over the edge. The Pioneer country gravy was ranked last for blandness, but it may be perfect as a base to add things to (or it into things). The McCormick brown was overshadowed by an off-putting sweetness but tasted like it could have some potential if not so sweet. The Pioneer brown came in second place as a good, standard gravy with nothing to complain about but also nothing to write home about. If you can’t find these in your local store or online, here is a simple recipe to replace the flour in any gravy recipe to make it gluten-free without compromising on taste!

Use this gluten-free flour blend in a 1:1 ratio with normal flour to make any gravy recipe gluten-free without compromising on taste!

1. Combine all ingredients to make a flour blend.

2. Add flour normally. Add your GF flour blend in the same way you would add normal flour to a gravy. If using this in a roux, know that it will not brown like a normal roux, so just cook it with the butter for 3-5 minutes before moving on in your recipe.

3. Done! That’s it! A super simple way to get GF gravy with any recipe.

4. Make ahead. You can make this in large portions ahead of time to have on hand and store it in the pantry or freezer. The general ratios for this are 4:2:1 white rice flour, potato starch, and tapioca starch, but it doesn’t need to be an exact science!

I hope you enjoy this year’s Thanksgiving and now know how you will be handling the gravy! 🙂 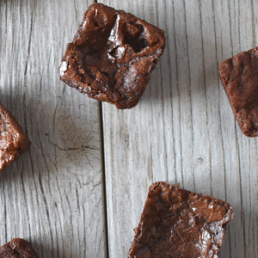 Trying All of the Great Value Gluten-Free Mixes

Thank you so much for reading and I hope you have a wonderful day!

This site uses Akismet to reduce spam. Learn how your comment data is processed.